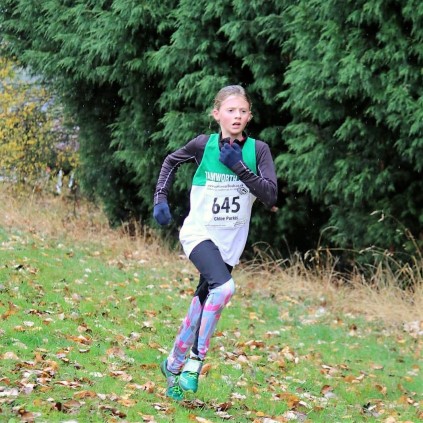 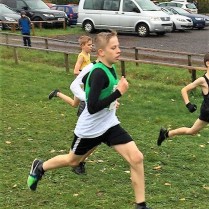 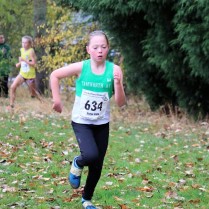 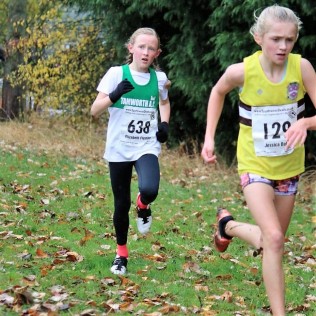 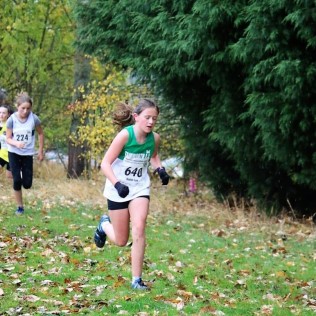 Track and field meetings in 30-plus degree heat were a distant memory on Sunday as the 2018/19 West Midlands Young Athletes Cross-Country season got under way in a continuous stream of rain. The first meeting of the season at Hatton Country World saw a good turnout for Tamworth AC, with girls and boys competing from Under-11 to Under-17 age groups.

First up were the Under-17 Women with sisters Charlotte and Sophie Perry impressing with strong performances in the green and white for Tamworth. Charlotte completed the 4km course in 33rd place with a time 18:14, shortly followed by Sophie in 36th with 18:18.

Next were the Under-11 Boys with some very welcome new faces making their cross-country debuts for the club. First home for Tamworth was Adam Stokes in 34th place with 6:38 over the 1.6km distance. Braeden Walsh-O’Neill followed closely behind in 41st place with 6:44. A flurry of Tamworth athletes then crossed the line in quick succession with Daniel Windridge finishing in 7:42 followed by Arthur Letendart and Tommy Deeming both clocking 7:45, and then Samuel Williams with 7:51.

Max Kent was the sole Tamworth athlete in the Under-17 Men’s event. The promising endurance runner clocked an excellent 17:20 to finish the 4.8km distance in 25th place.

The Under-11 Girls team again saw more debutant young athletes and showed great promise for the future over the 1.6km race. Freya Cole led the line with an incredible 8th place finish in a time of 6:36. Elizabeth Fleming was hot on her heels with impressive performance of 6:47 and 16th place. Chloe Purkis did extremely well on her first race for the club, coming home in 28th with 7:06. Sofia Farmer and Ella Moss were separated by just two seconds and four places apart with 7:54 and 7:56 respectively. Robyn Lee crossed the line with a time of 8:13 and Charlotte Evans completed the line-up for Tamworth with 8:34.

Over to the U15 Boys 3.2km race, and by this time the wet course had started to churn up in places. James Stretton made a really encouraging start and despite dropping a few places in the strong field, finished with an inspired 24th place finish and a time of 11:30. Ben Edwards also did extremely well, crossing the line on 11:57 and in 41st place.

As the rain started to ease a little, the Under-13 Girls team lined up for their 2.5km race. Lottie McLaren ran a brilliant race to finish in 16th place with a time of 10:40. Kirsten McLaren also did really well to finish next for Tamworth in 26th place with 10:56. Phoebe O’Connor wasn’t far behind running another great race to finish in 32nd place with 11:06, and Annie Boonham crossed the line with 11:38. Natasha Lee and Daisy Smith rounded off a pleasing performance for the team with 11:47 and 11:49 respectively.

The Under-15 Girls finished off with the last race of the day, racing over 3.2km. Libbie Price crossed the line first for Tamworth with a time of 13:55. Ellie Gauntlett was next with 14:27, followed by Tegan Vickery with 14:38.

All the young athletes did extremely well against very tough competition from some of the top clubs in the West Midlands. They were a credit to Tamworth AC and will be back in action for the second WMYACCL meeting at Warley Woods on Saturday 18th November.