Report by Andy Wright. Photos by Allen Cook.
Tamworth ACs Senior Men cross country were in good form again at the 2nd race of the Birmingham & District XC League on Saturday 03/December. The three lap, 6 mile race was held over a very challenging course on Clopton Park, Stratford-Upon-Avon. Without any doubt this new course to the league offered the sternest seen for a number of seasons, commented team manager Andy Wright.
Following on from their good form shown at the first race three weeks earlier, Steve Parkes & Scott Hudspith were away quickly on the uphill start, settling into a good rhythm of running through the very hilly first half of the opening lap. Parkes commented “athletes were hesitating to push hard over the opening lap knowing what hills were to come, I felt very good and settled down well”. Parkes ran fluent throughout the race to finish in an excellent 8th place, an improvement of 4 places from the first race. Scott Hudspith ran excellent too, chasing Parkes hard over the hilly course that suited him well to finish in 15th place. 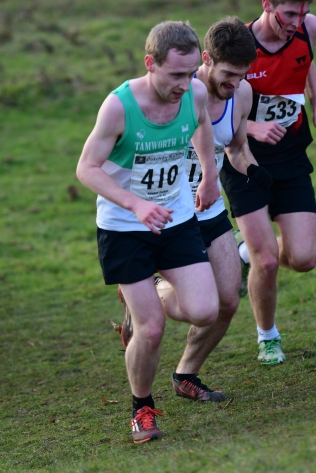 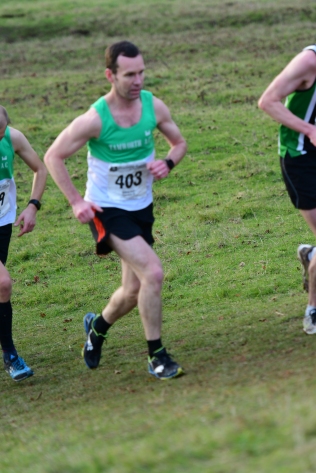 Dave Williams had a superb race, after a steady start over the opening hilly lap, Williams worked his way through the field to finish in a superb 86th place. 6th and final counter for the A-team was Dale Langley who brought his race home in 99th place. 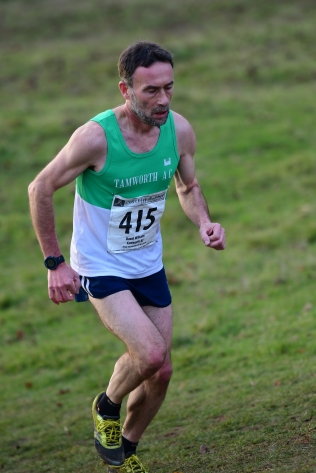 The race was won by Paul Ward of Telford AC from Callum Hanlon of Leamington and Simon Myatt of Trentham RC in 3rd. The team competition was dominated by Leamington again with 84 pts, followed by Warwick University AC in 2nd with 122 pts and Worcester AC 3rd with 195 pts. Tamworth AC performed very well to finish in 7th place with 323 pts.
In the B-team competition, the team were led home by Andy Wright in 126th place, followed by Steve Deegan who ran out of his skin to finish in in 133rd place. Tom Ainsworth
spent most of the race wondering what he was doing racing over such terrain but stuck to his task very well to come home in 166th place just ahead of Derek Bolton who also had a very good run to 176th place. Mark Waplington was next home in 184th place and the final 6th counter being taken by Nigel Fisher in 243rd place. 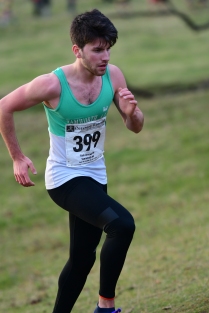 Overall, in the B-team competition, TAC finished in an excellent 8th place with 1030 pts. Winners on the day were Leamington C & AC with 317 pts, Worcester were 2nd with 450pts and Warwick University 3rd on 461 pts.
The 3rd race of the 4 race series will be held on Saturday 14 January at Telford.